After facing the terrors of the pig people and the occult in the deep south, I wanted to take the opportunity to learn more about their leader Vincent Lade – a small indie game developer with an even greater vision for the future.

The Swine is a fantastic, 45-or-so-minute descent into Hell, but Vincent plans on challenging himself more so in his upcoming titles by introducing new mechanics into an entirely new nightmarish setting. Here’s your first look into the mind of Vincent Lade.

Lade: My first console was the NES, an early 90’s favourite. Then the PS1 when it came out a few years later, which got me into some iconic titles from my childhood like Silent Hill, Resident Evil, and Twisted Metal.

Lade: I grew up in Minden, Ontario, a small town in Canada. Not a whole lot was going on there so I’d explore the town or the woods during the day and be playing games at home in the evening. I went to school for Graphic Design in Vancouver, British Columbia, where I moved to a year before attending.

Lade: There’s a trend of me moving quite a bit hah, I’ve been living in Hong Kong for about a year and a half now. I moved here to start a new job and had been wanting to live abroad again, I used to live in Auckland, New Zealand as well that I really enjoyed. I still work as a Graphic Designer, Indie Development is my passion I’ve been working on for a couple years in my free-time.

Lade: It’s more engaging than other genres for me personally, there’s a certain thrill that comes from horror that I think is unique to it. Along with that feeling there’s options to explore certain characters, locations, and concepts that could only work with a level of surrealness that horror offers, it’s hard to imagine a character like Leatherface working in any other genre hah.

It’s also cool to see people’s reactions to it as well, people send me clips of them playing my games on Twitter and how they react to certain parts are always fun to watch.

Silent Hill’s Midwich Elementary – What do you have planned for us, Mr. Lade?!

Lade: My favourites have always been Psychological Horror and the Occult.

Specifically Psychological Horror, it’s great for creating unnerving atmospheres that ‘get in your head’ and there’s a lot more that can be done in regards to art direction. I always think about how Twin Peaks and Silent Hill have a way of making everyday environments, sounds, and interactions seem unnatural and uneasy with just minor changes, and how they can make completely unnatural settings seem “normal” in that moment. Like in Silent Hill for instance, It’s normal to hear distant machinery and have steel grate flooring in a factory or warehouse but when it’s in a hospital, not so much. I guess the idea of things seeming “off” gives an Uncanny Valley feeling that I think Psychological Horror does really well, then you throw in something like Pyramid Head and everything’s amped up hah.

As for the Occult, I think it comes from an interest in the darker side of spiritualism, ceremony, and things of strange or unknown origin. I think a lot of its impact comes from knowing less, rather than more about the antagonist or dark force influencing the characters or location. Not having all the details of what exactly is causing the melodrama in a particular story always had me coming up with theories that would be more frightening to me personally.

For film inspirations, some of mine would be Rosemary’s Baby, The VVitch, and Hereditary.

Lade: My favourite title has always been Silent Hill, primarily 1 to 3 in the series. It does a lot of things great: intriguing characters, blending different ‘types’ of horror together, ambience, and scary without relying on shock or jumpscares…I’m not a big fan of jumpscares hah. The overall art direction of the series is great too, people call certain games or films “Silent Hill-like” because of how well Team Silent at Konami defined its style.

Lade: My next game is going to take what I’ve learned from The Swine and Deathbloom and combine them into a story-driven game with more exploration, puzzle mechanics, and combat, sort of like a “The Swine 2.0”. It will take place in and around a High School called “Harthorn” that will be the large environment for the majority of the game. 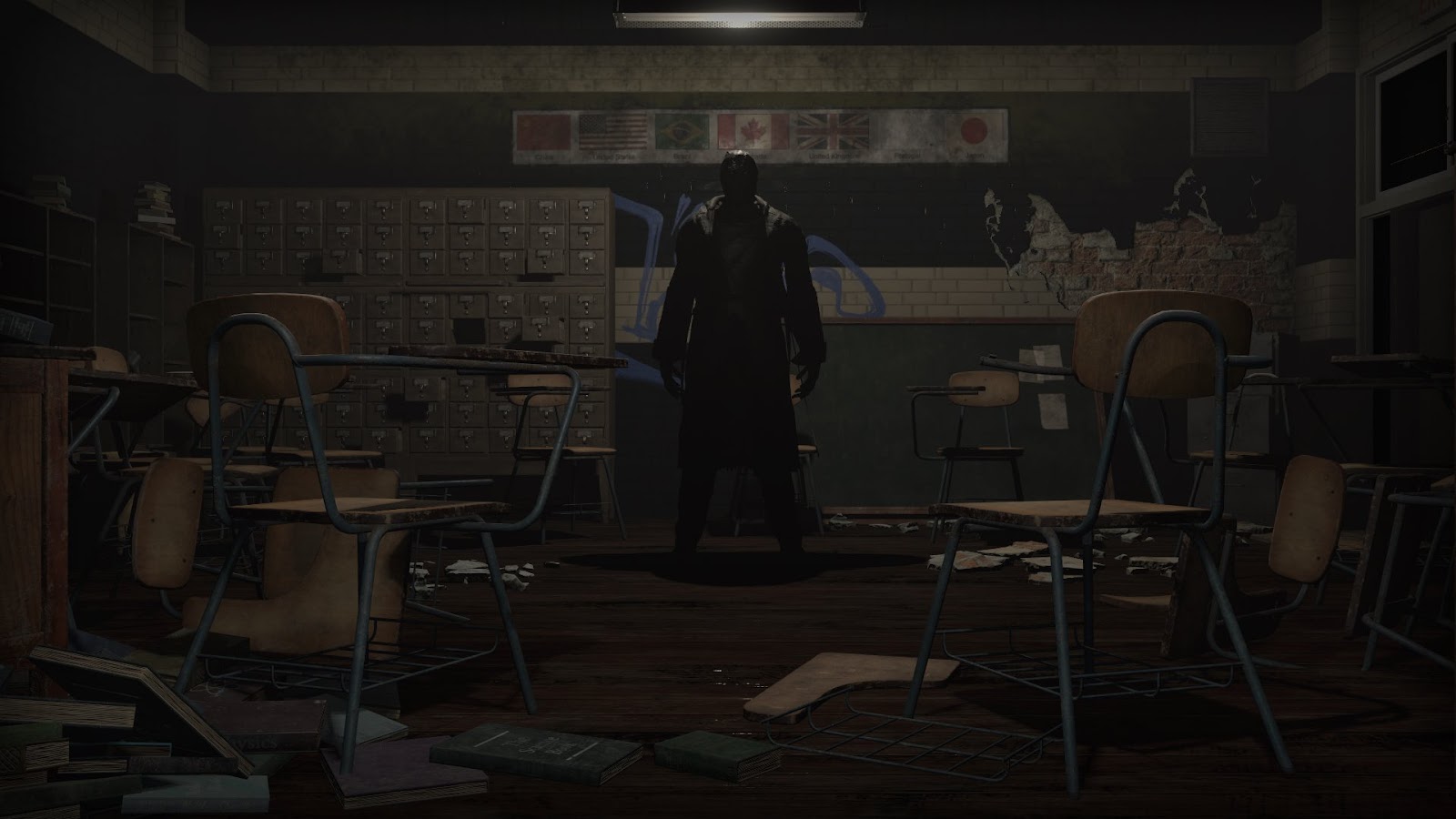 8. What scares you as both a person and an independent game developer?

Lade: That’s a hard one to answer hah, as a person: basically anything existential-dread inducing. As for Game Development: launching a title with a game-breaking bug.

Lade: It definitely got more popular than I expected hah, I still find it surreal that a game I made in my living room has been sold in 70 countries. Though I think the biggest shock for me was seeing people I’ve watched for years play my game, getting YouTube notifications for John Wolfe, MrKravin, and CJUGames was the biggest highlight for me.

As for a sequel, the player taking on the role as the new-bodied Aleister and causing mayhem as leader of “The Swine” is an idea. Though I have one or two short games I’d like to develop first before going back to The Swine storyline.

Lade: I use Unity.

Lade: Two titles come to mind…the first would be The Outlast Trials, as Outlast has been a monolith in modern horror and I’m looking forward to seeing where they go with the series. The second would be The Medium, it looks very promising from what I’ve seen and having Akira Yamaoka do the score is a big selling point as I’ve always been a huge fan of his music.

Lade: I generally ask myself if I’m able to build something of that scope solo, or do I need to scale things back to make it more realistically possible to finish.

Lade: I usually start with an environment and character in mind and then start writing the story around it. Adding notes along the way about dialog, puzzles, events, items, and then drawing the layouts of the levels to match. I try to have as much planned as possible so when I start developing the game I can just follow the notes like a blueprint. Though things naturally change as development goes on, workarounds or new ideas are implemented all the time.

Lade: I work on the games alone with the exception of voice acting and particular assets I need from artists.

A huge THANK YOU goes out to Vincent Lade for taking the time to answer all of my questions.  Keep your eye out for his future work on Steam, and show him some love via Twitter @VincentLade! For more on the occult and off kilter elementary schools, keep it here at GameFes.net.