Written by: Nick Farinola // Published by: Joe Ahart // Photo Credit: Mundfish, ResetEra   Video games are a business. Developers have both sales estimations, goals and requirements. A final, triple-A product could very well release to overwhelming critical praise, only to fall victim to poor sales across the board. Titanfall 2 is an excellent example. Respawn’s highly regarded 2016 […]

Video games are a business. Developers have both sales estimations, goals and requirements. A final, triple-A product could very well release to overwhelming critical praise, only to fall victim to poor sales across the board. Titanfall 2 is an excellent example. Respawn’s highly regarded 2016 sequel was a critical success, but fell well below sales expectations. There are many factors that play into this unfortunate result, however it was the release date that inevitably paved the way to poor sales. Publisher Electronic Arts decided that it would be a great idea to release Titanfall 2 in late October, dead center between EA’s other FPS titan (no relation) Battlefield 1 and Infinity Ward’s Call of Duty Infinite Warfare, a series notorious for dominating sales and topping the charts months after its release. At its core, Titanfall 2 redefines first-person multiplayer shooters by injecting an innovative, fast-paced parkour movement system mixed with futuristic mech warfare. Gameplay and design-wise, Titanfall 2 was made with love, and Respawn nearly addressed all issues from the first game for their sequel. They even added in an expertly designed six to eight-hour single-player campaign anchored by an emotional narrative that IGN’s Ryan McCaffrey claims to be one of the best single-player campaigns in a first-person shooter (IGN Podcast Unlocked ep. 429). Unlike Respawn, other developers utilize ‘sketchier’ tactics.

Developed by a small Russian studio of less than twenty employees by the name of Mundfish, Atomic Heart is an upcoming Bioshock-esque action, adventure RPG releasing on Playstation 4 and PC in early 2020…maybe. Atomic Heart’s most recent gameplay teaser that was released in early February 2020 continued the trend of leaving questions unanswered. The supposed early 2020 release date no longer seems viable with the lack of any kind of update or release window from neither the teaser nor the official website. This is a huge red flag that strongly indicates a troubled development cycle. So, I did some research, and what I found is rather worrisome. There’s plenty of room for doubt, but Mundfish has openly denied the claims I am about to reveal. According to a detailed report from a game development related telegram in Russian that’s been translated on gaming forum ResetEra, Atomic Heart could be a huge scam.

Quotations pulled from an article by Rishi Alwani from Gadgets360.com: 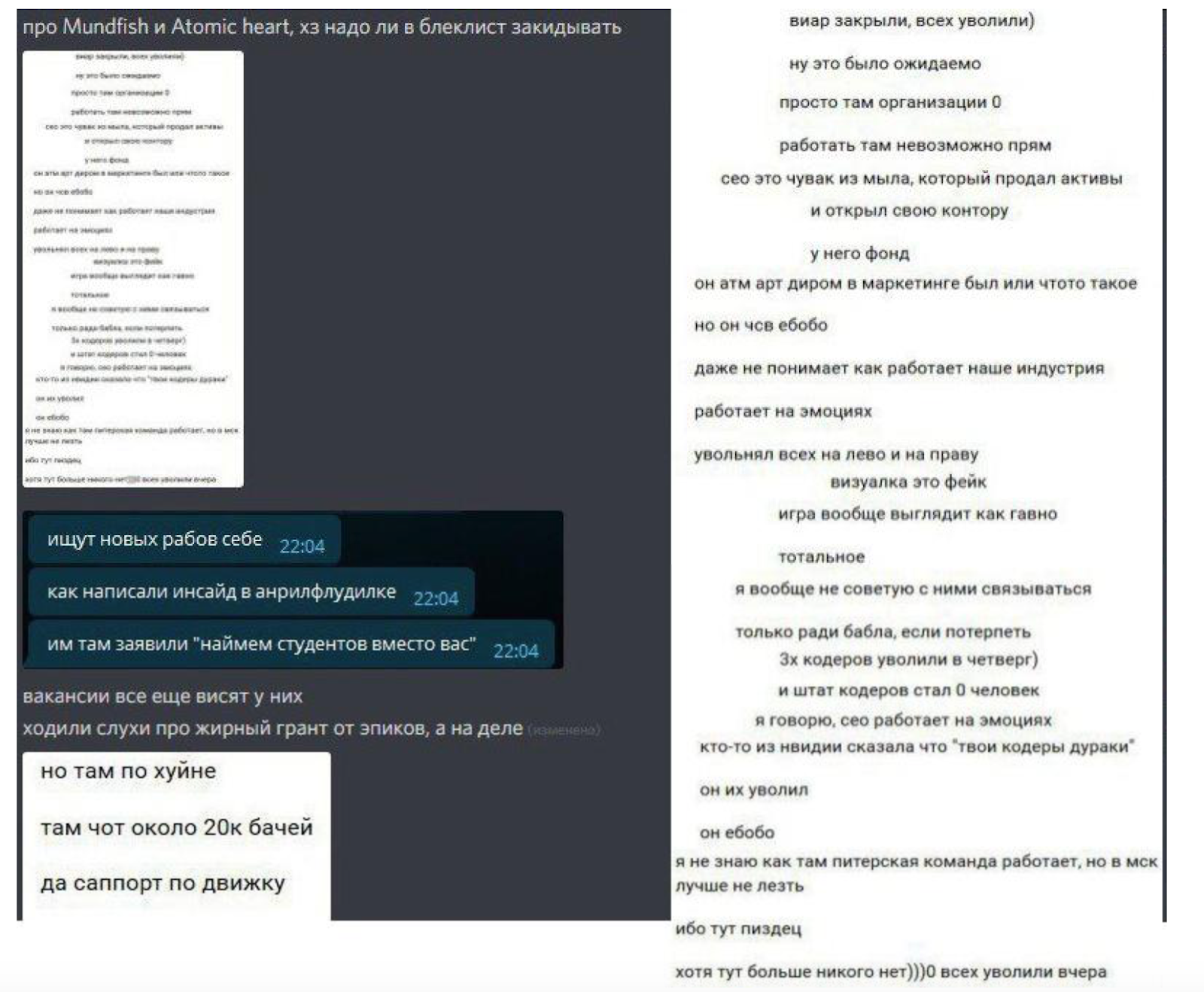 A game is only as good as the people creating it. Other sources from Reddit claim that financial director Evgeina Sedova has a modeling background and also owns a modeling agency without any prior knowledge or experience within the gaming industry. Mundfish markets Atomic Heart in a way to emphasize its graphical prowess without focusing much attention on gameplay mechanics or narrative. It’s the last point that really hits home. On the official website for Atomic Heart, pre orders are active without any sort of promising release window. There are currently three pre order editions: Digital Download Edition priced at $40 (with a “30% less than retail discount”), the Founder’s Edition from $50, and the Atomic Founder Edition from $90 that includes in-game cosmetics and “your photo and name placed on the wall at the safe zone. All players will see that you support Atomic Heart from the start.” Interesting. It all sounds very tempting, especially to a sucker like me, but it all seems so…fishy.

Take all of this with a grain of salt as Mundfish actively denies all claims. Then again, if I was in their position and these claims threatened my product, I’d most likely deny everything and doubt their veracity. I want to be optimistic for this project, but there just isn’t enough information and communication from the developers for me to ignore the development hell rumors. What are your thoughts?

Atomic Heart is developed by Mundfish and will release NEVER.